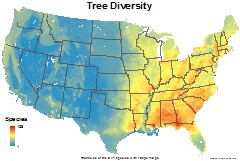 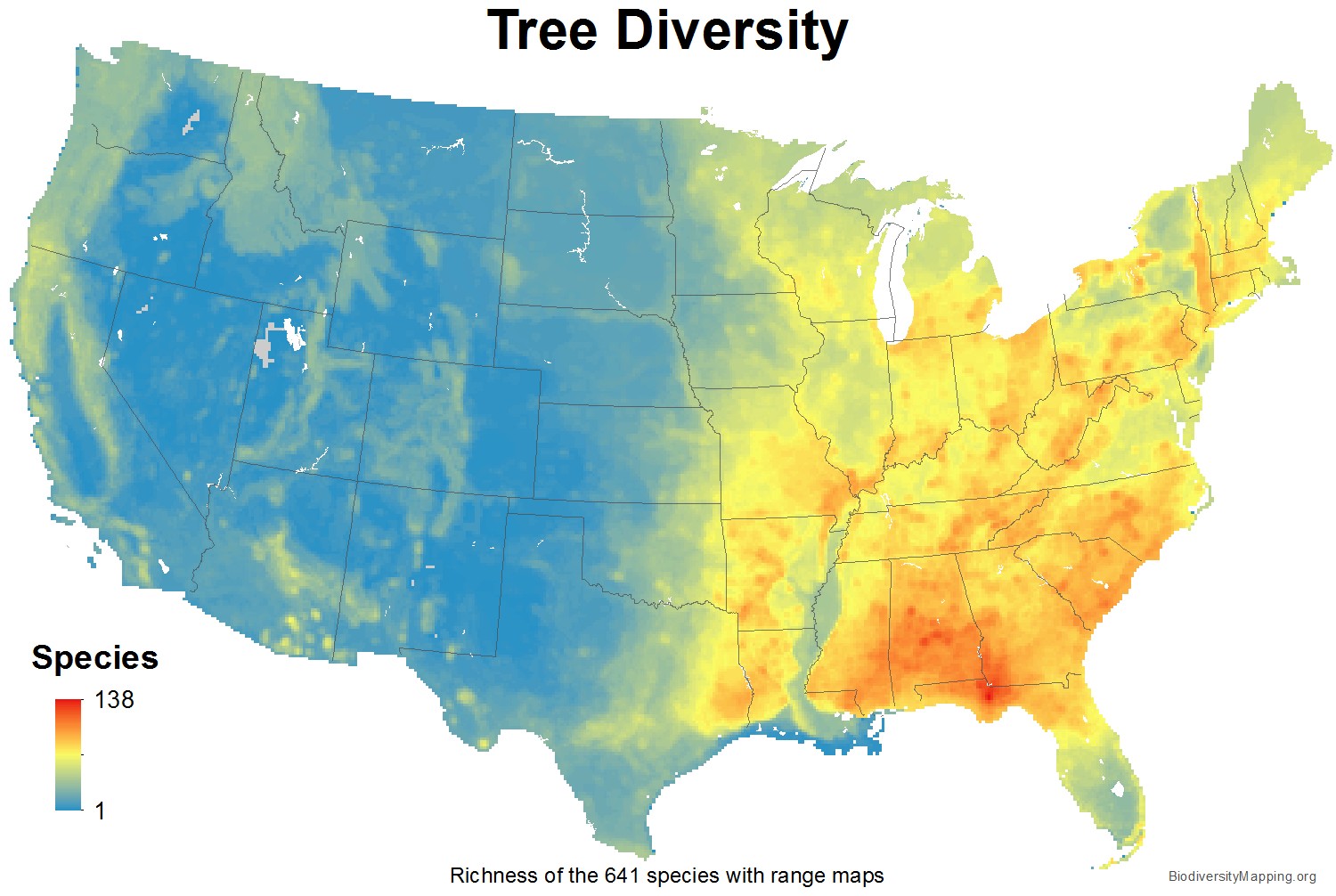 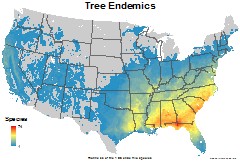 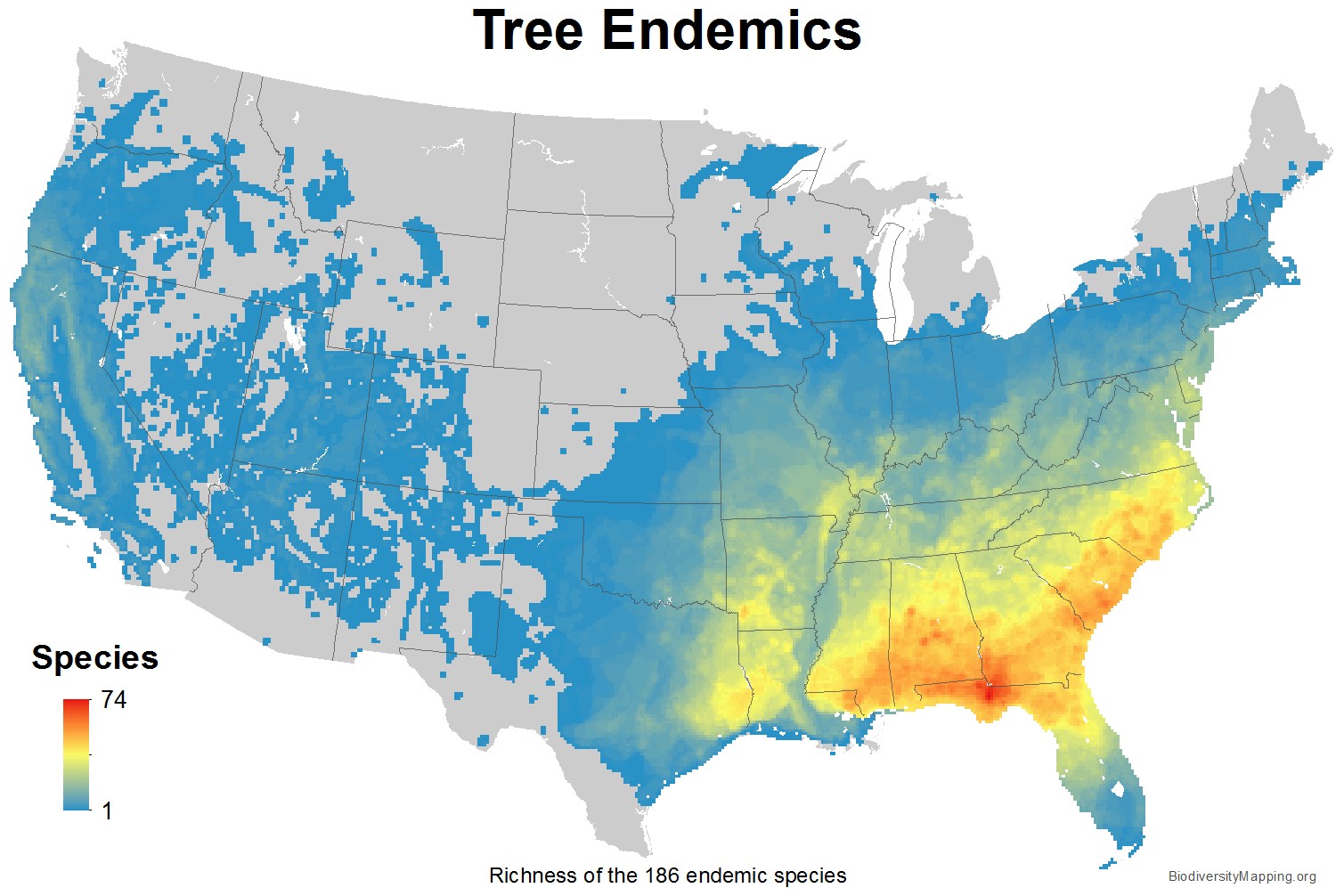 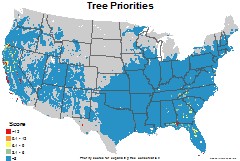 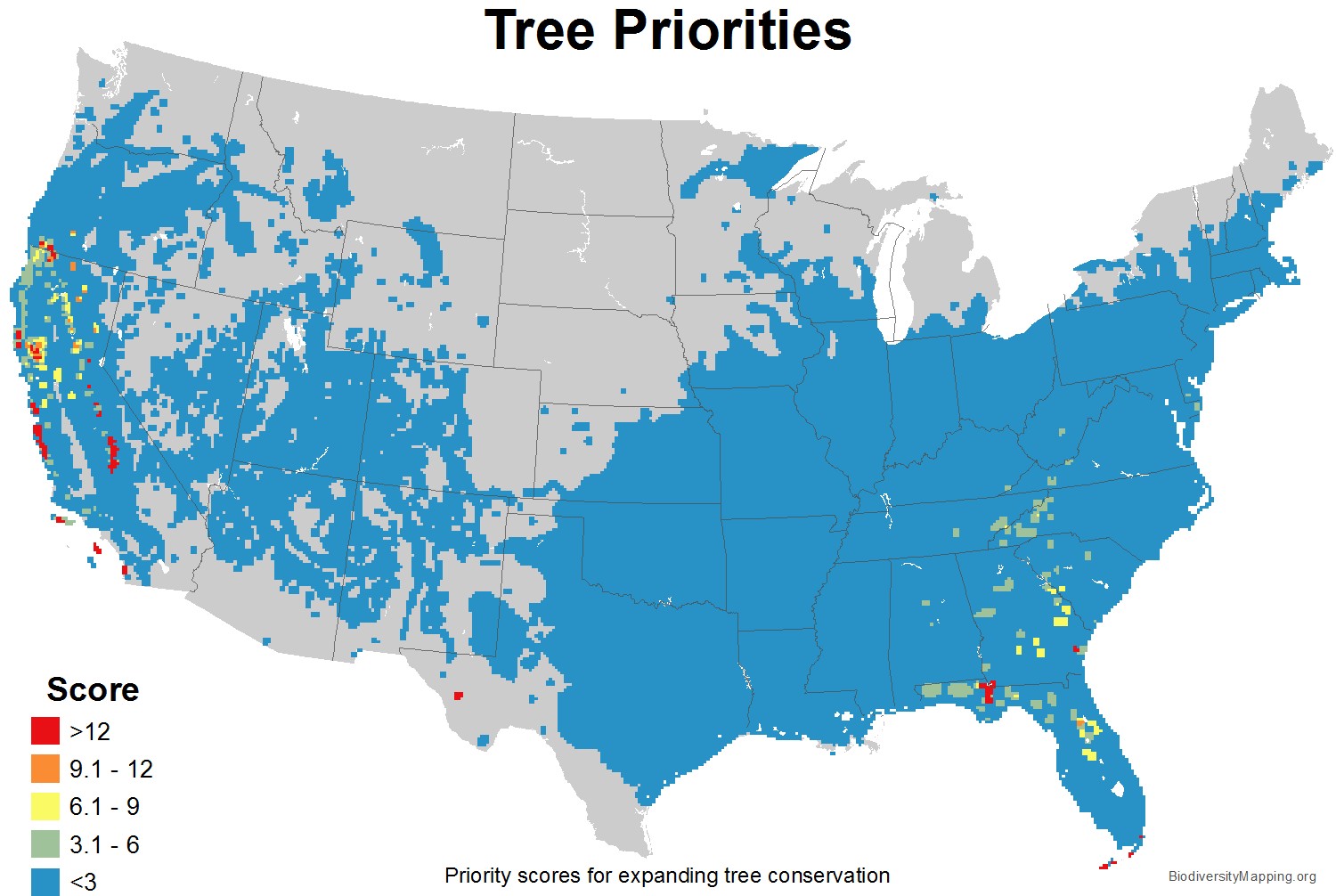 Maps of tree diversity in the USA include the total species richness and endemic species. Maps are based on data from, U.S. Geological Survey (1999) Digital representation of “Atlas of United States Trees” by Elbert L. Little, Jr.

Maps have been generated at a spatial resolution of 10×10 km for rasters, or maintained as vector format where more appropriate, and use an Albers Equal Area Conic projection. Maps represent native, extant species only. Tables of the species included are available for download here.