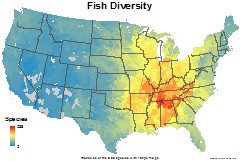 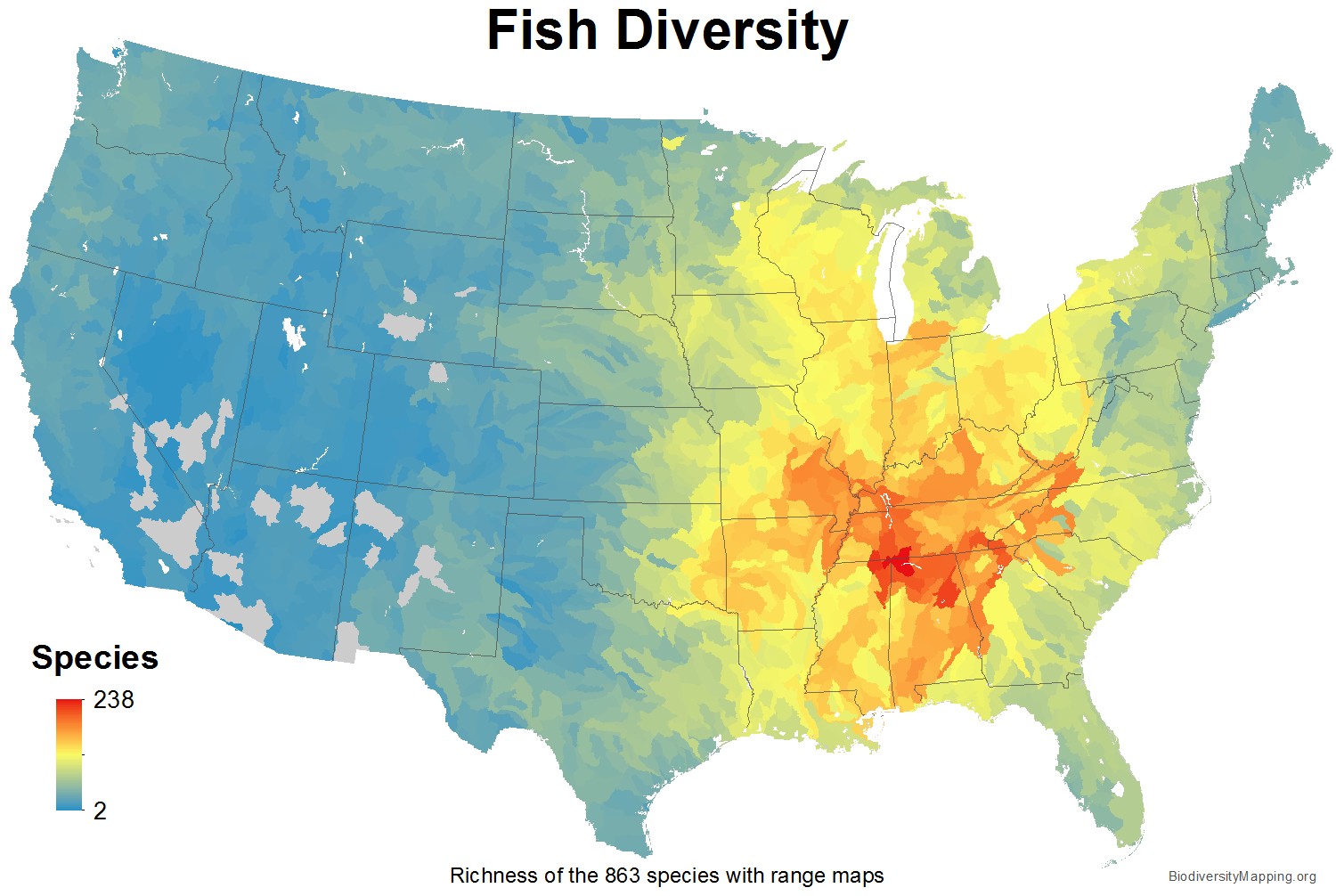 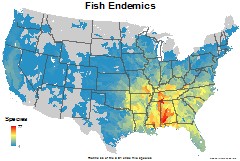 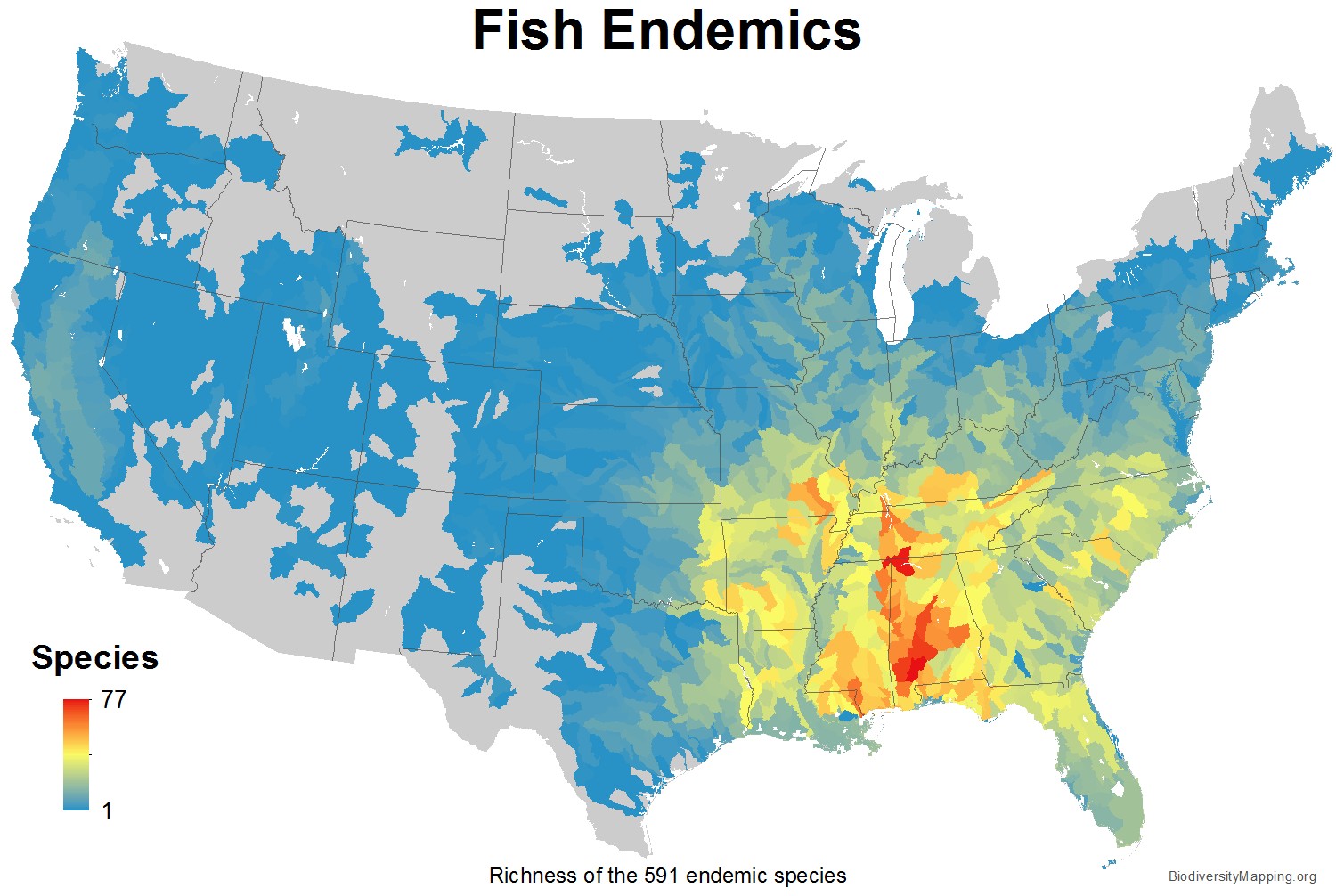 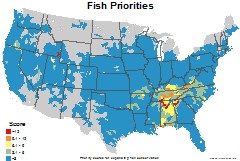 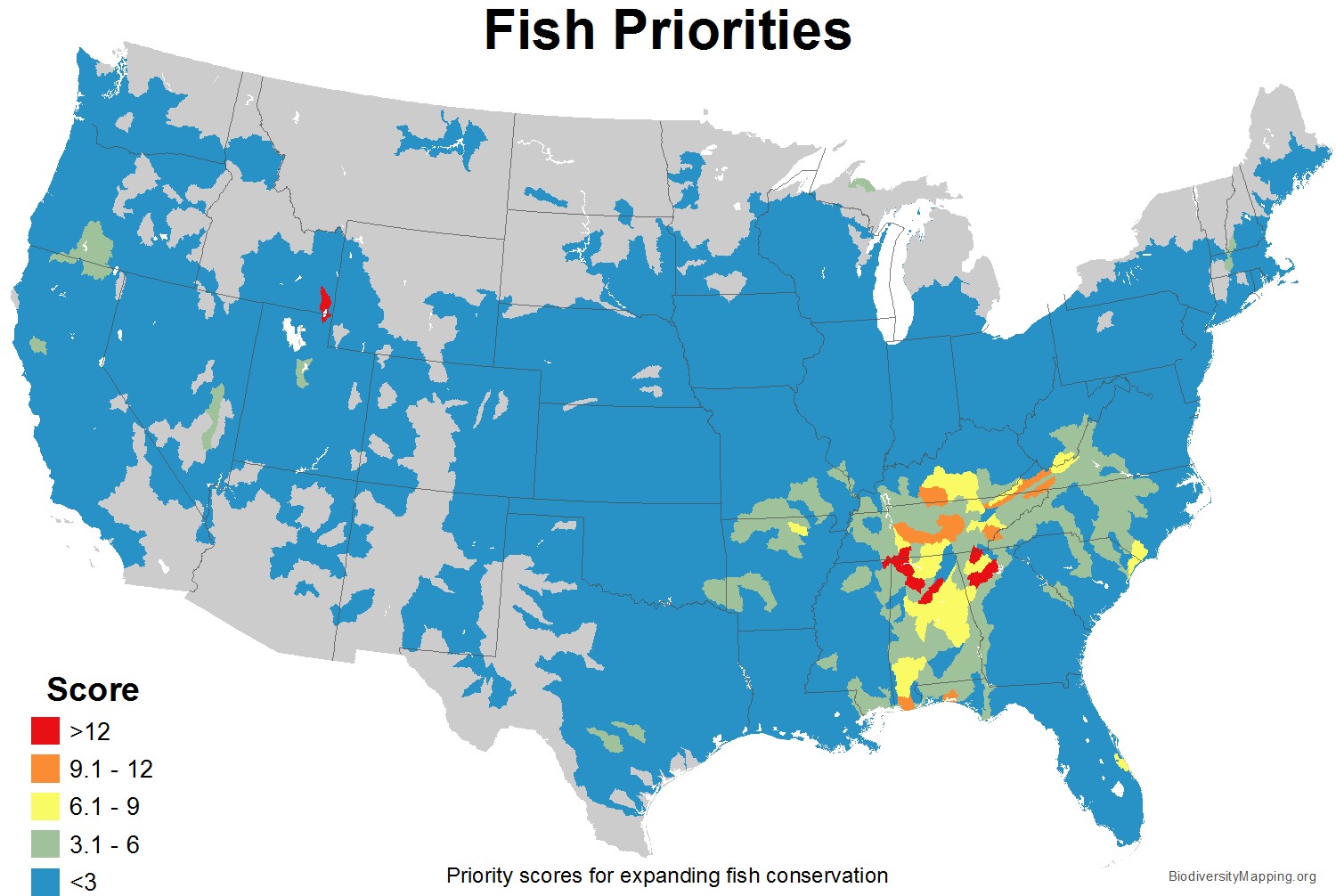 Maps of fish diversity in the USA include the total species richness and endemic species. Maps are based on data from NatureServe (2010) Digital Distribution Maps of the Freshwater Fishes in the Conterminous United States. Version 3.0.