The map below indicates areas of high priority for expansion of conservation in the USA to protect the nation’s unique species. It is based on an analysis of multiple groups of endemic species (amphibians, mammals, birds, freshwater fish, reptiles, and trees). Maps for each group can be found on other pages in this website. For a higher resolution version, click on the map below. 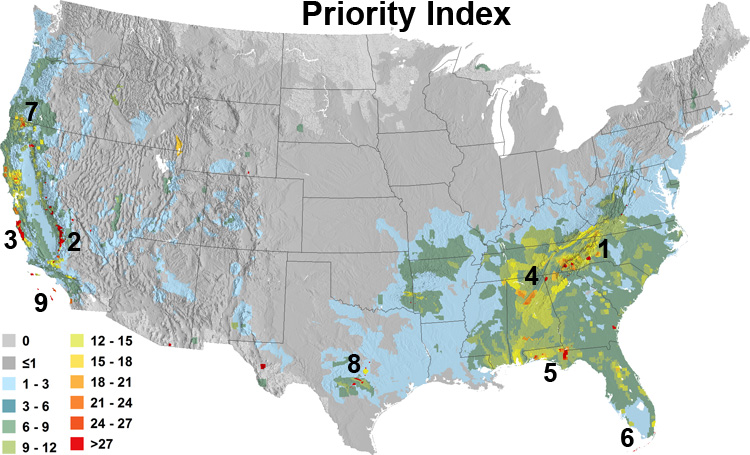