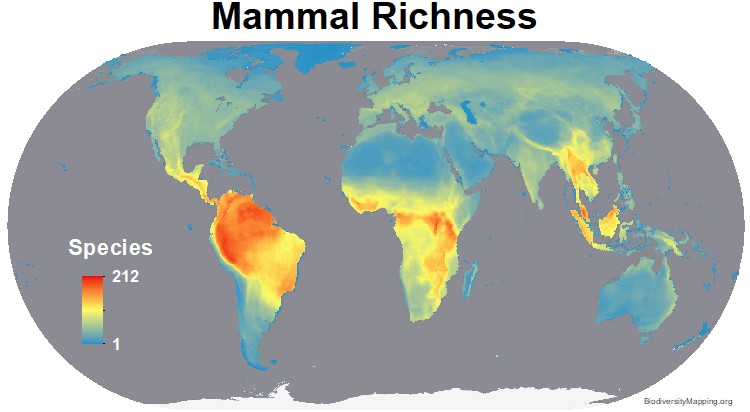 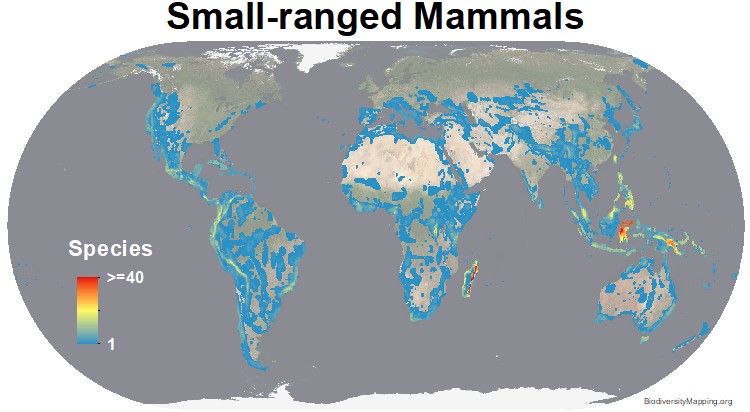 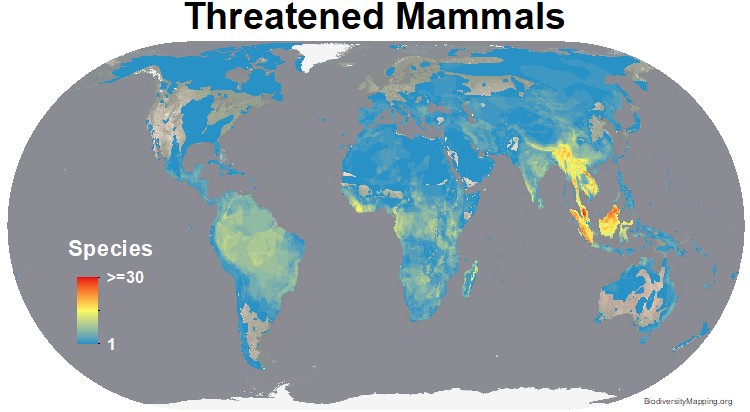 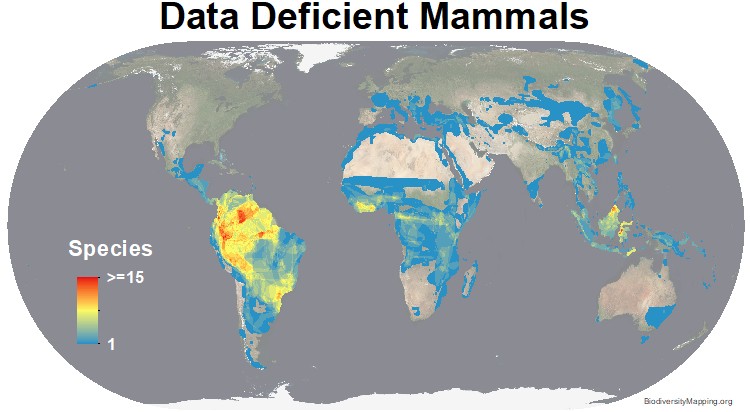 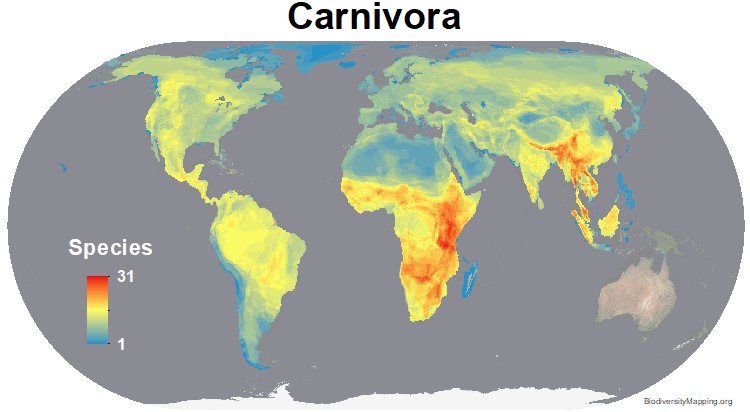 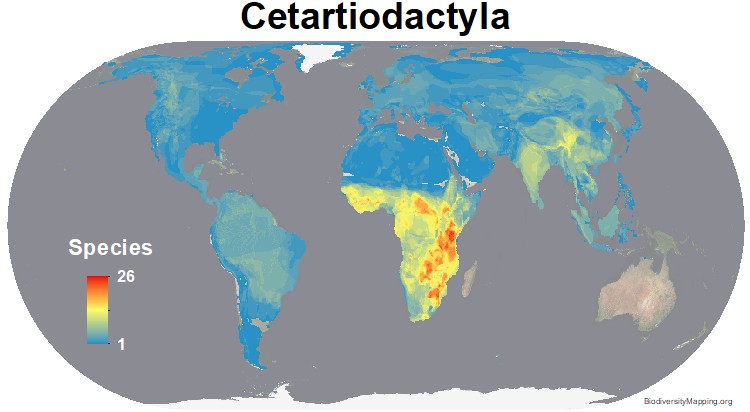 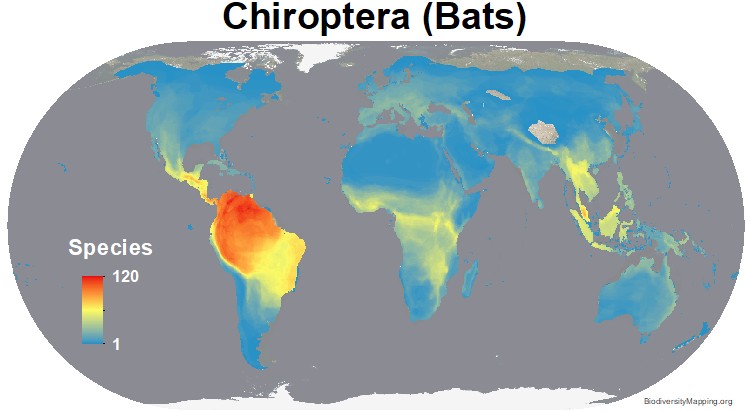 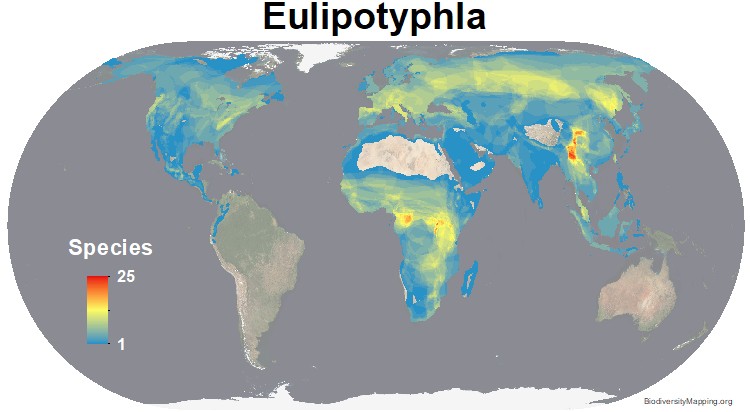 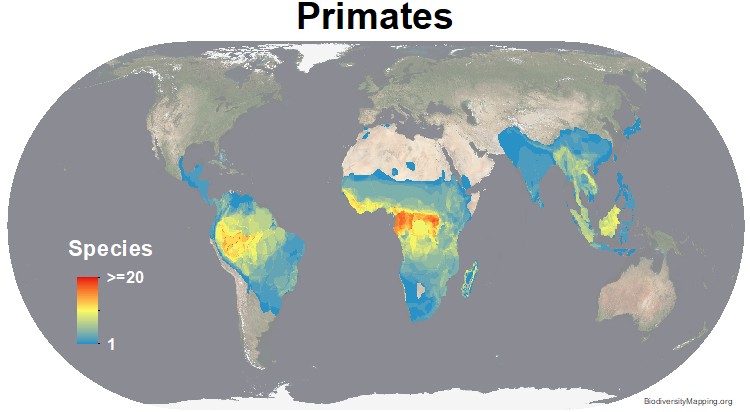 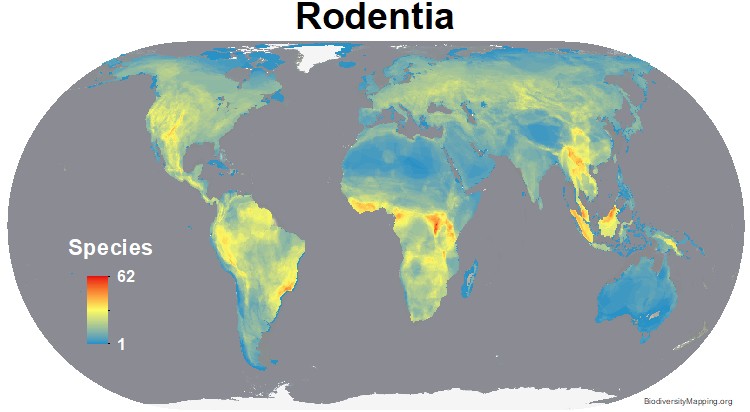 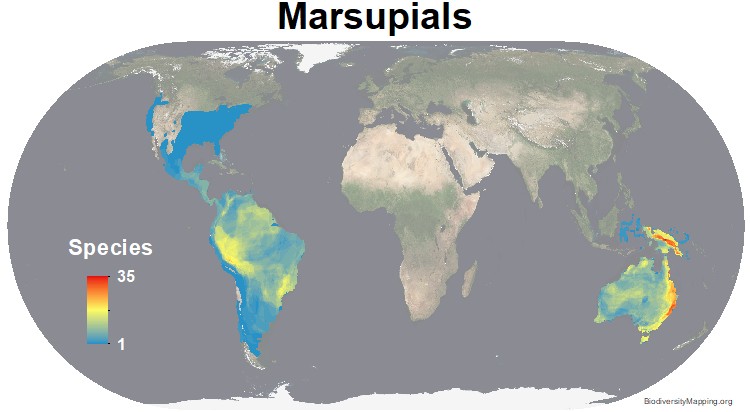 Maps of mammal diversity include the total species richness, major taxonomic Orders (Cetartiodactyla, Carnivora, Primates, Eulipotyphla, Chiroptera, Rodentia), marsupials, threatened species, data deficient species, and small-ranged species. Species considered small-ranged are those with a geographic range size smaller than the global median (i.e., the 50% of species with the smallest ranges). Maps are based on data from the IUCN, March 2018 update.

All maps were generated at a spatial resolution of 10×10 km and use the Eckert IV equal-area projection. Maps represent native, extant species only. Tables of the mammal species included are available for download here.

Earlier versions of the mammal maps appeared in the publications listed below, which should be cited when using the data.