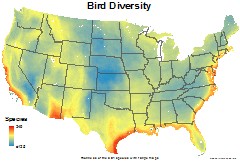 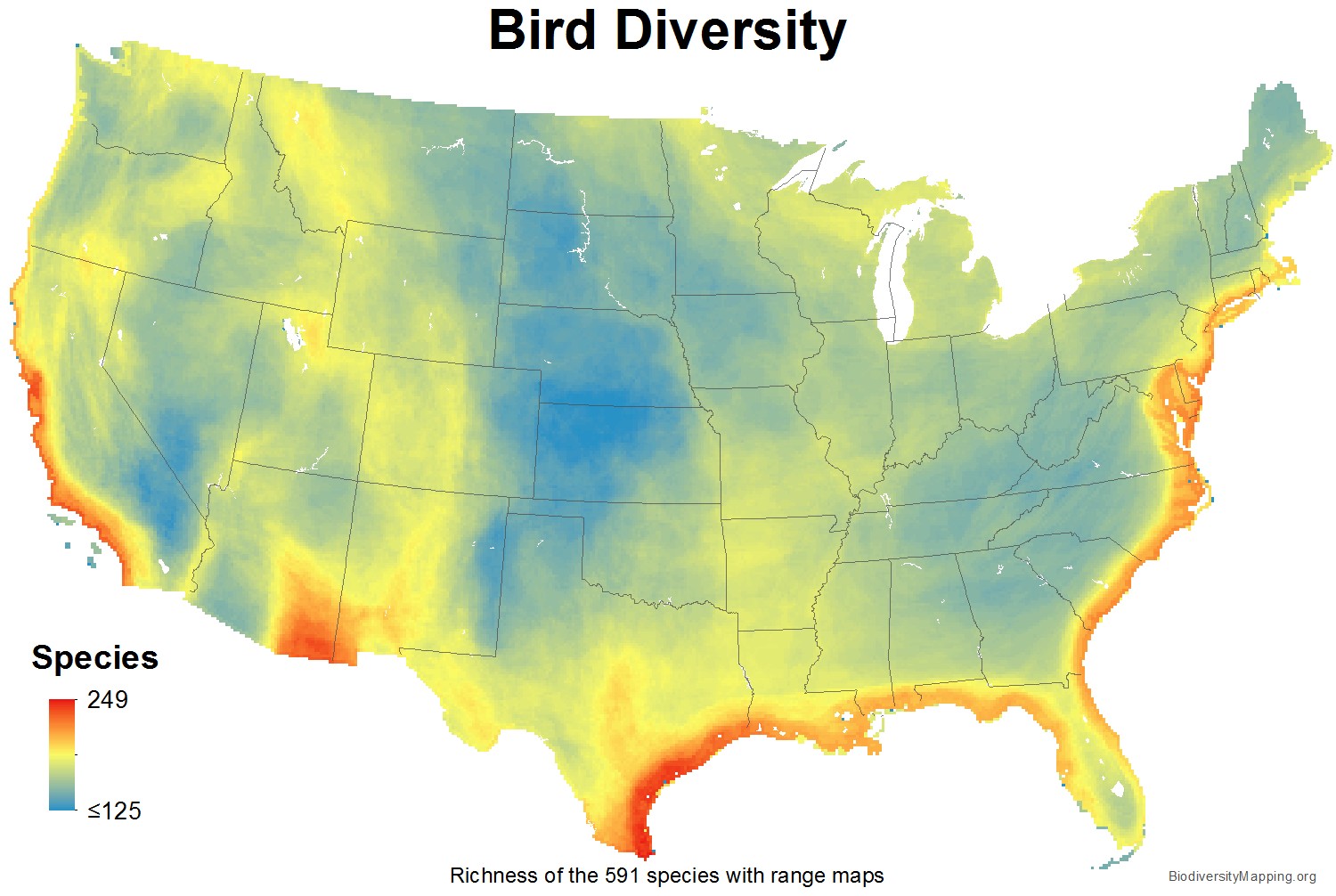 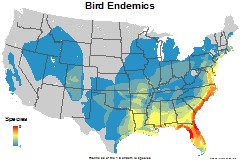 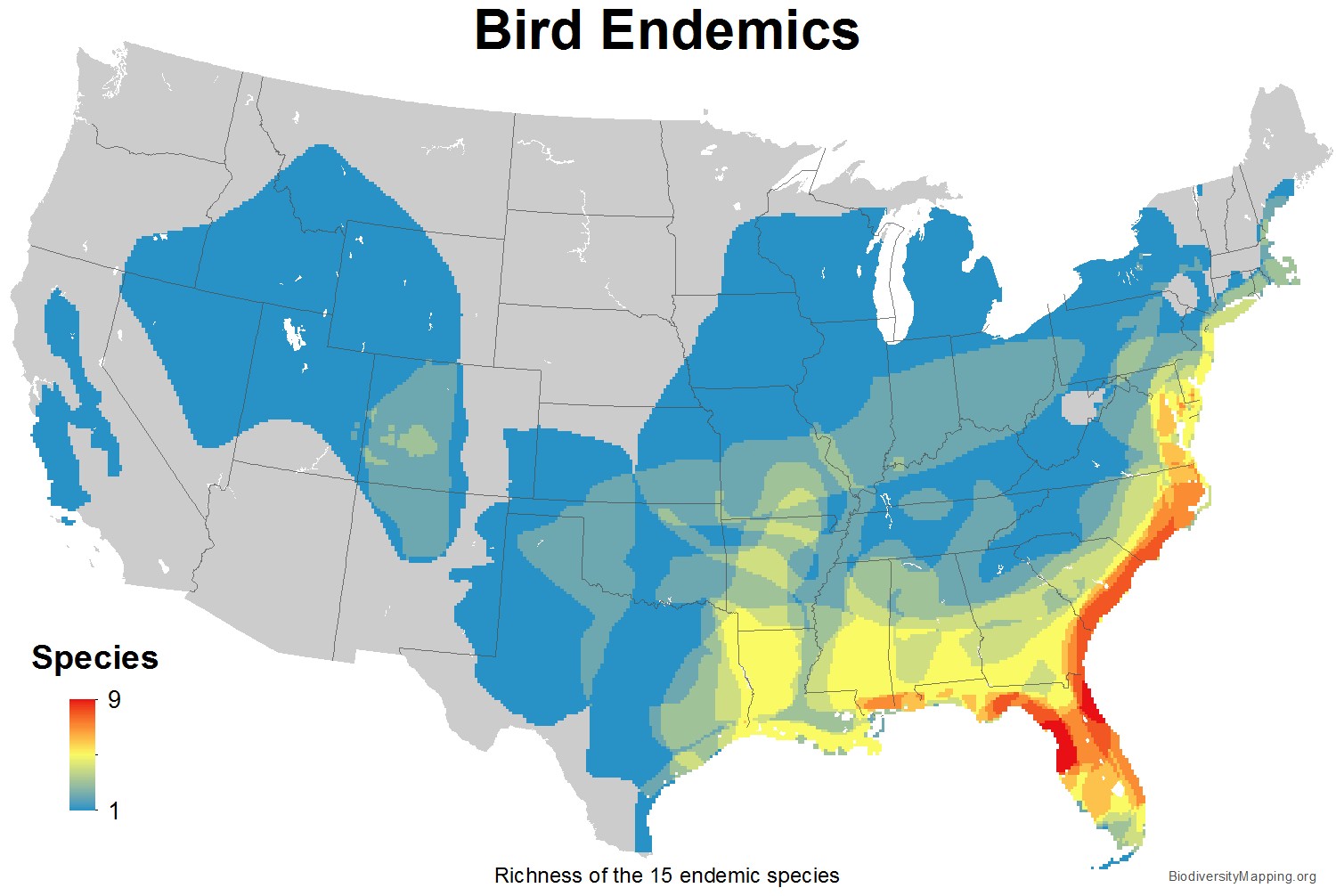 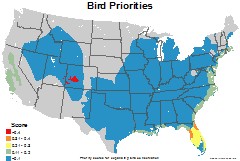 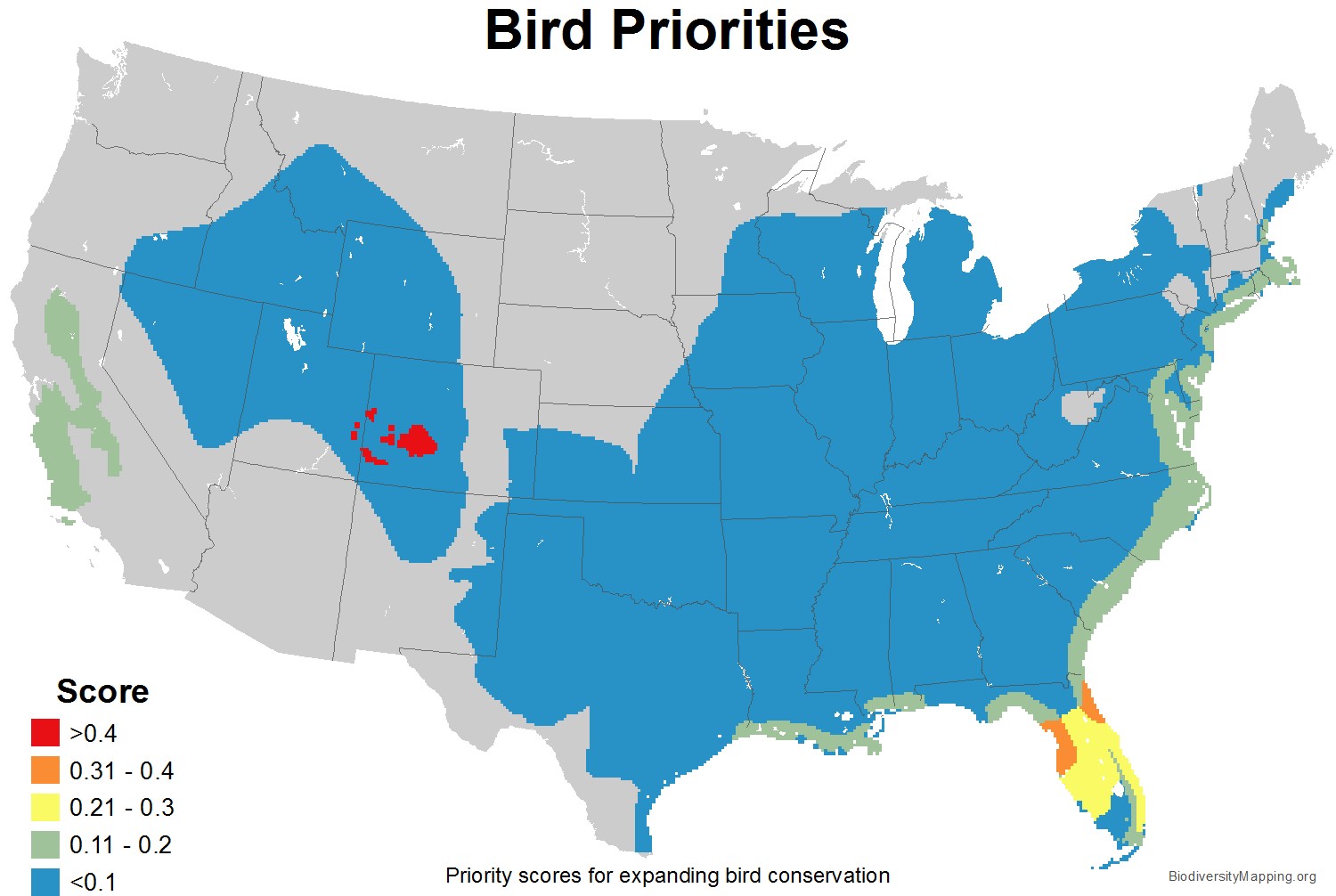 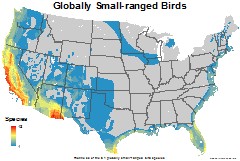 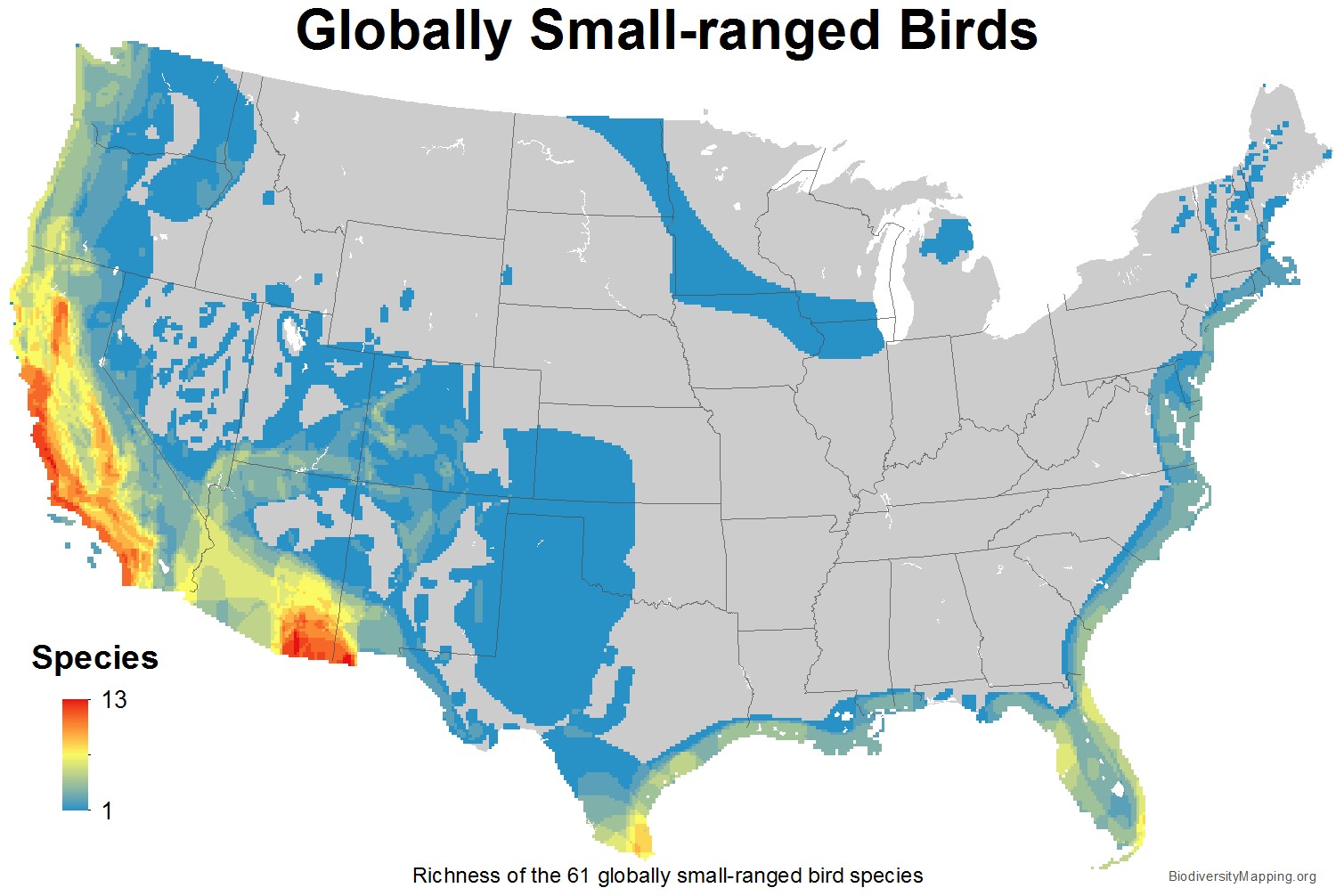 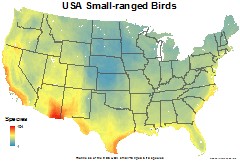 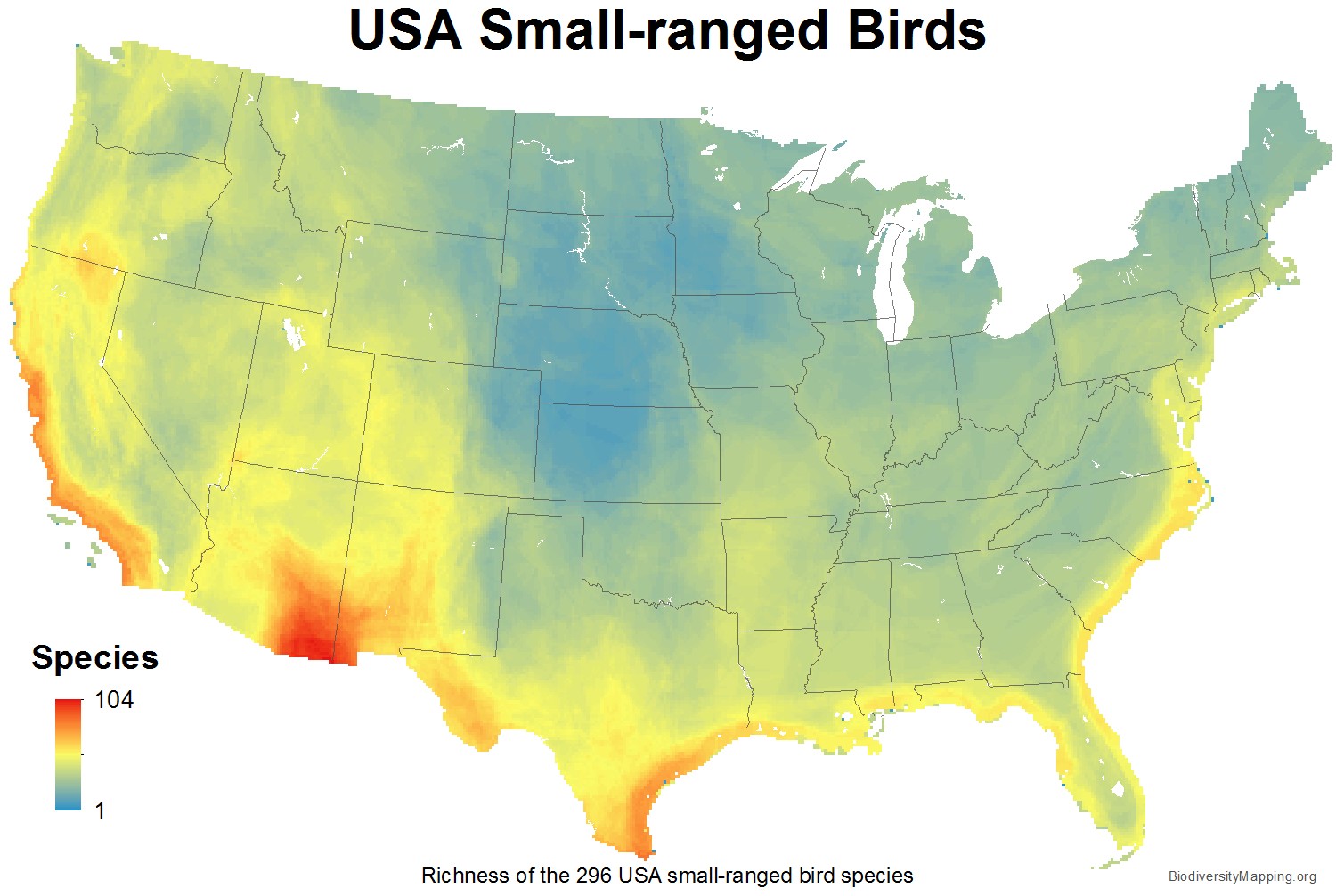 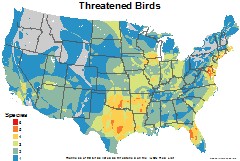 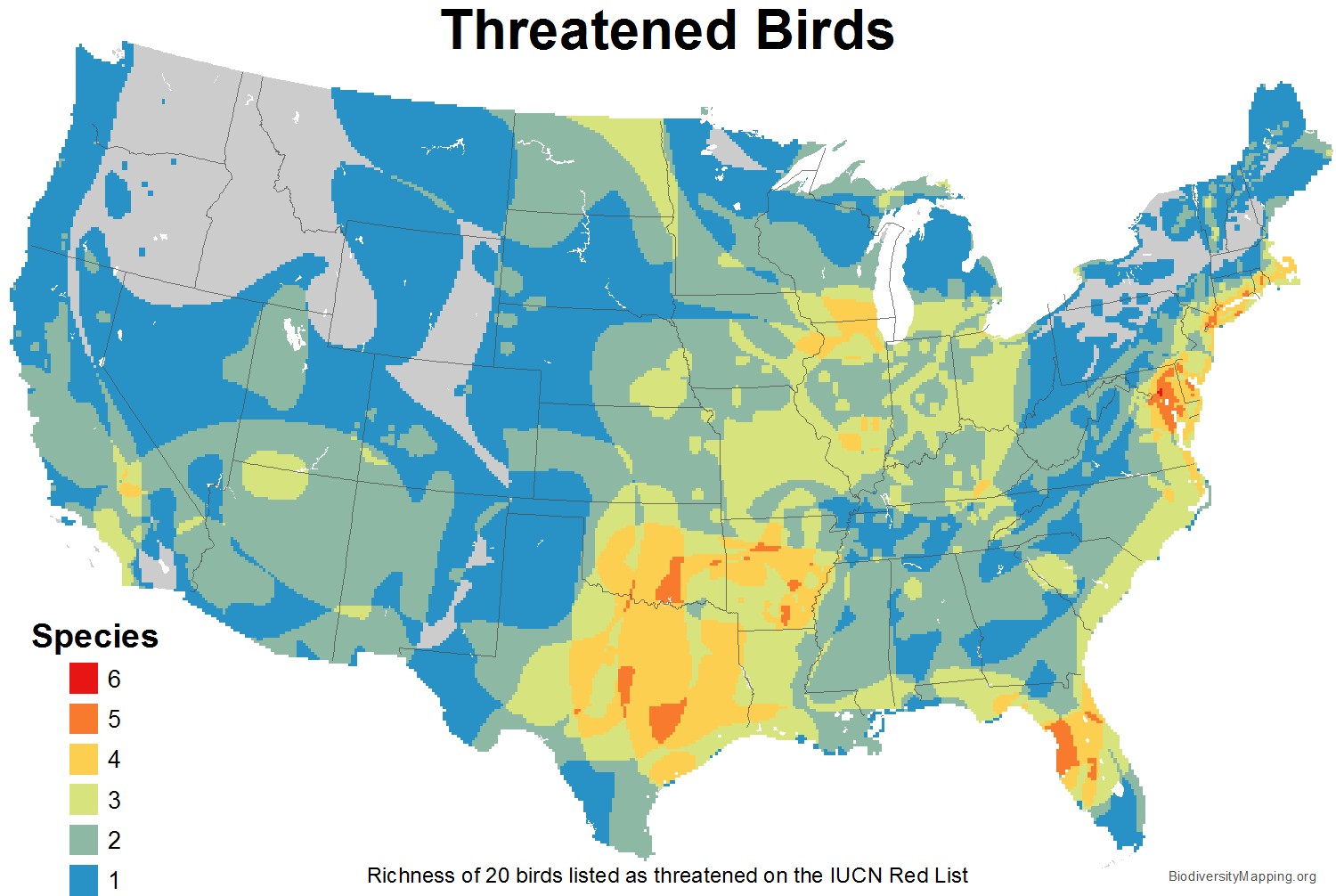 Maps of bird diversity in the USA include the total species richness, endemic species, threatened species, and small-ranged species. Species considered small-ranged are those with a geographic range size smaller than the median (i.e., the 50% of species with the smallest ranges) either globally or of the species in the lower 48 states. Maps are derived from digital distribution maps for all the world’s birds in BirdLife International and NatureServe (2013).