Cone snails of the world (click maps to enlarge) 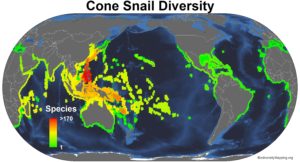 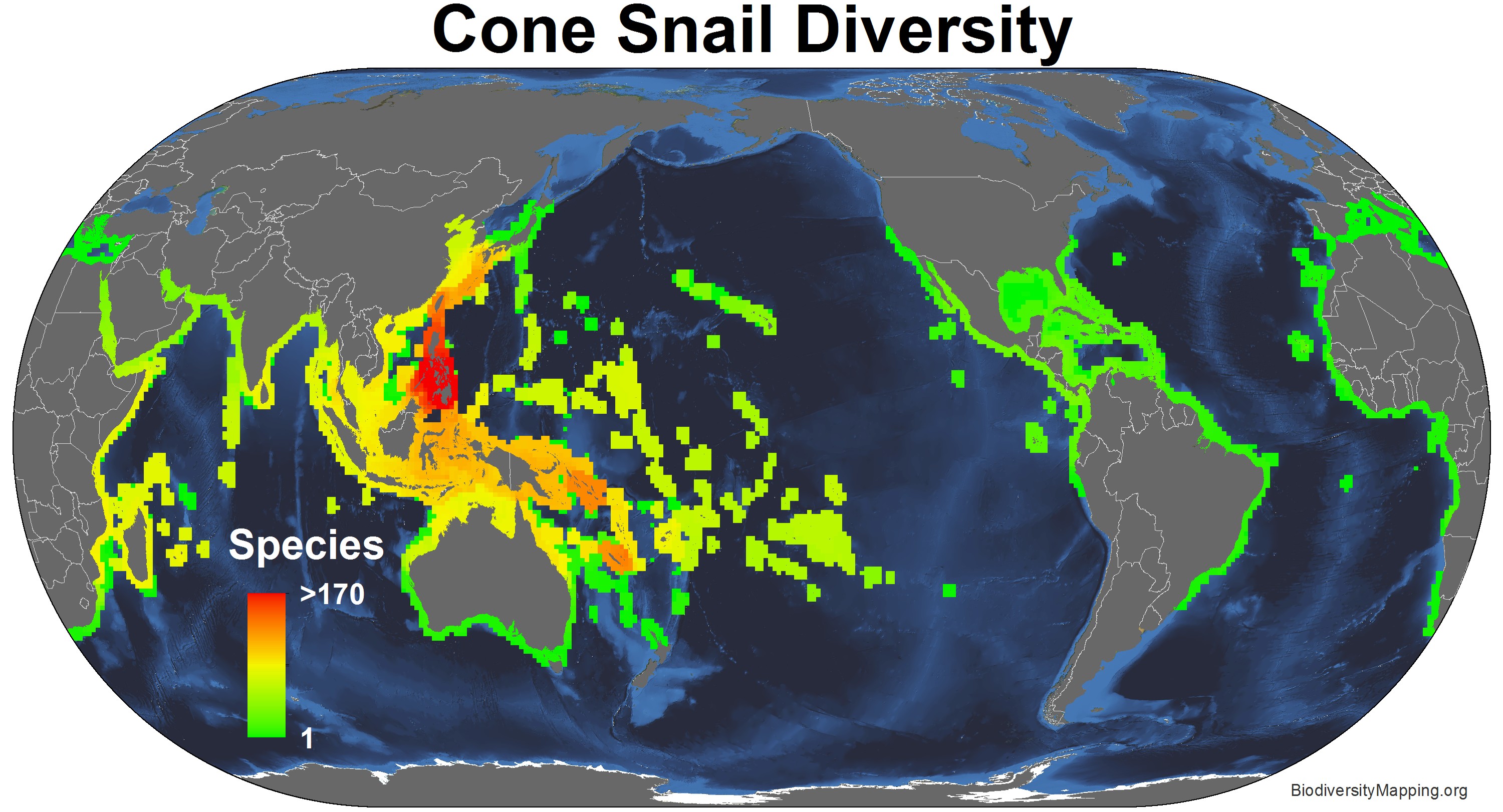 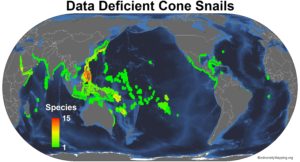 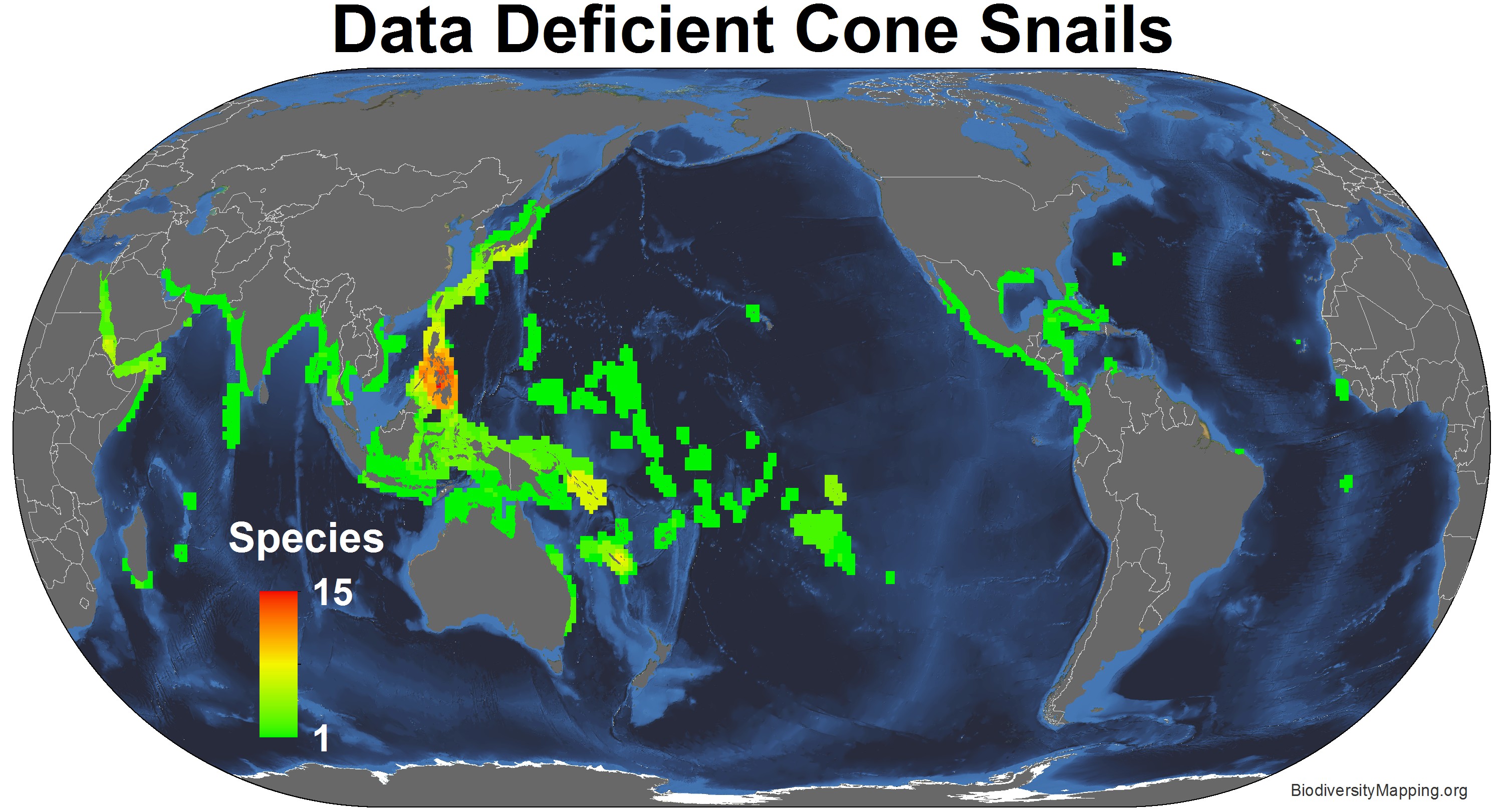 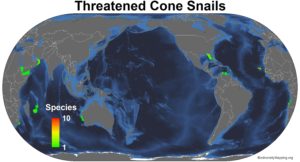 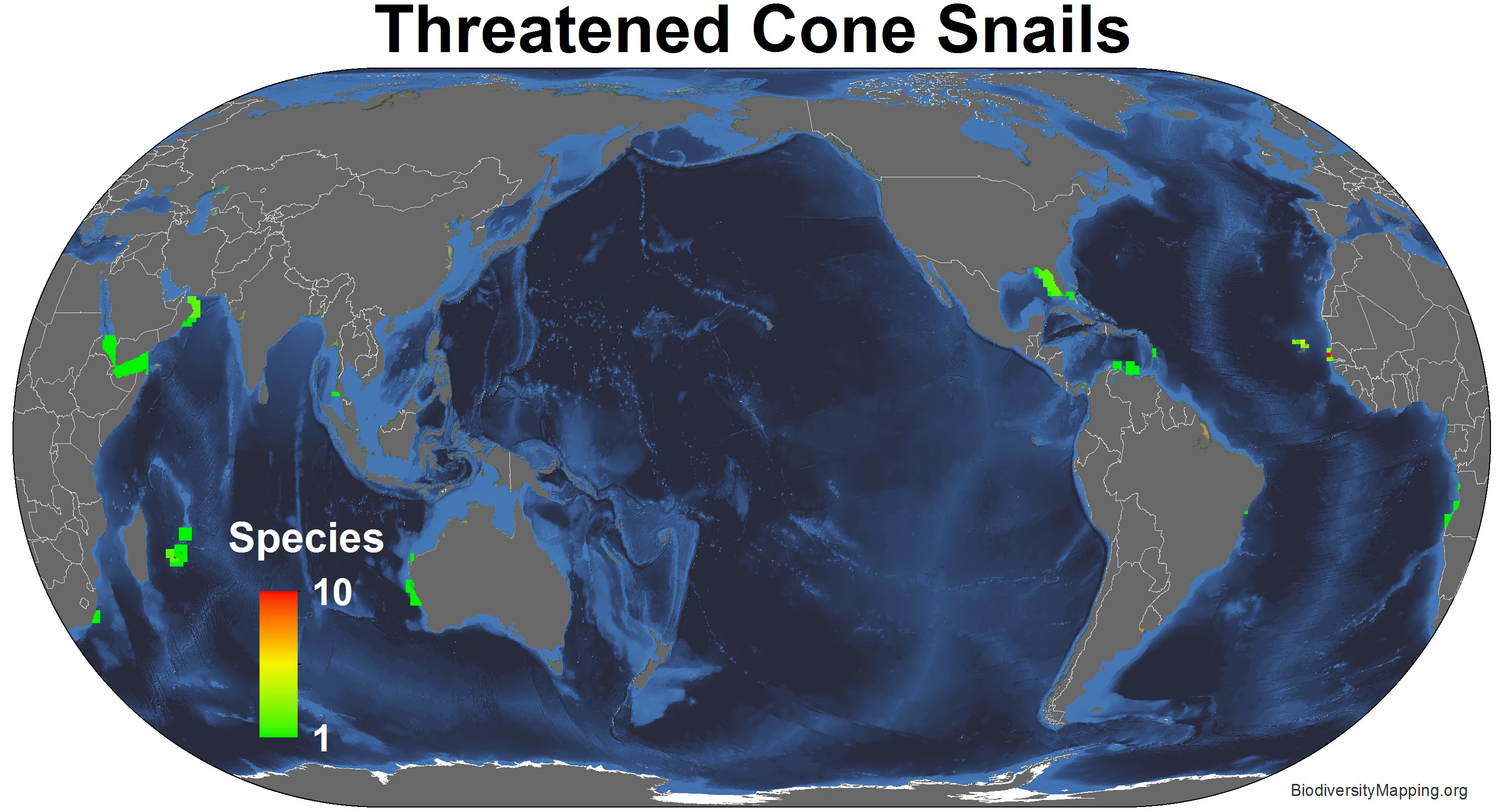 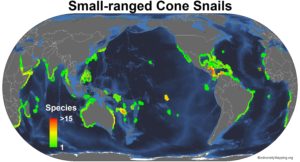 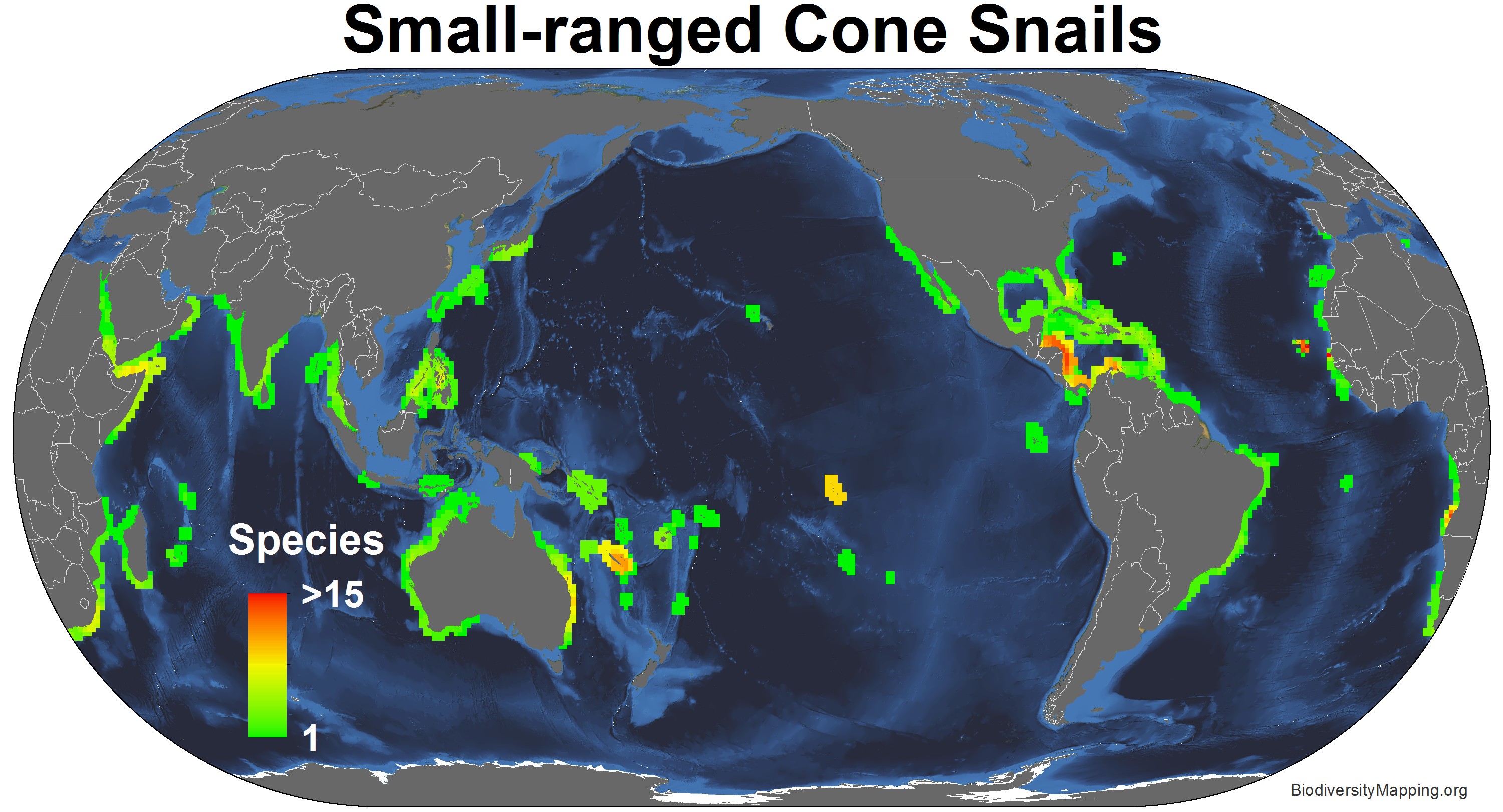 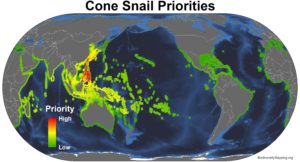 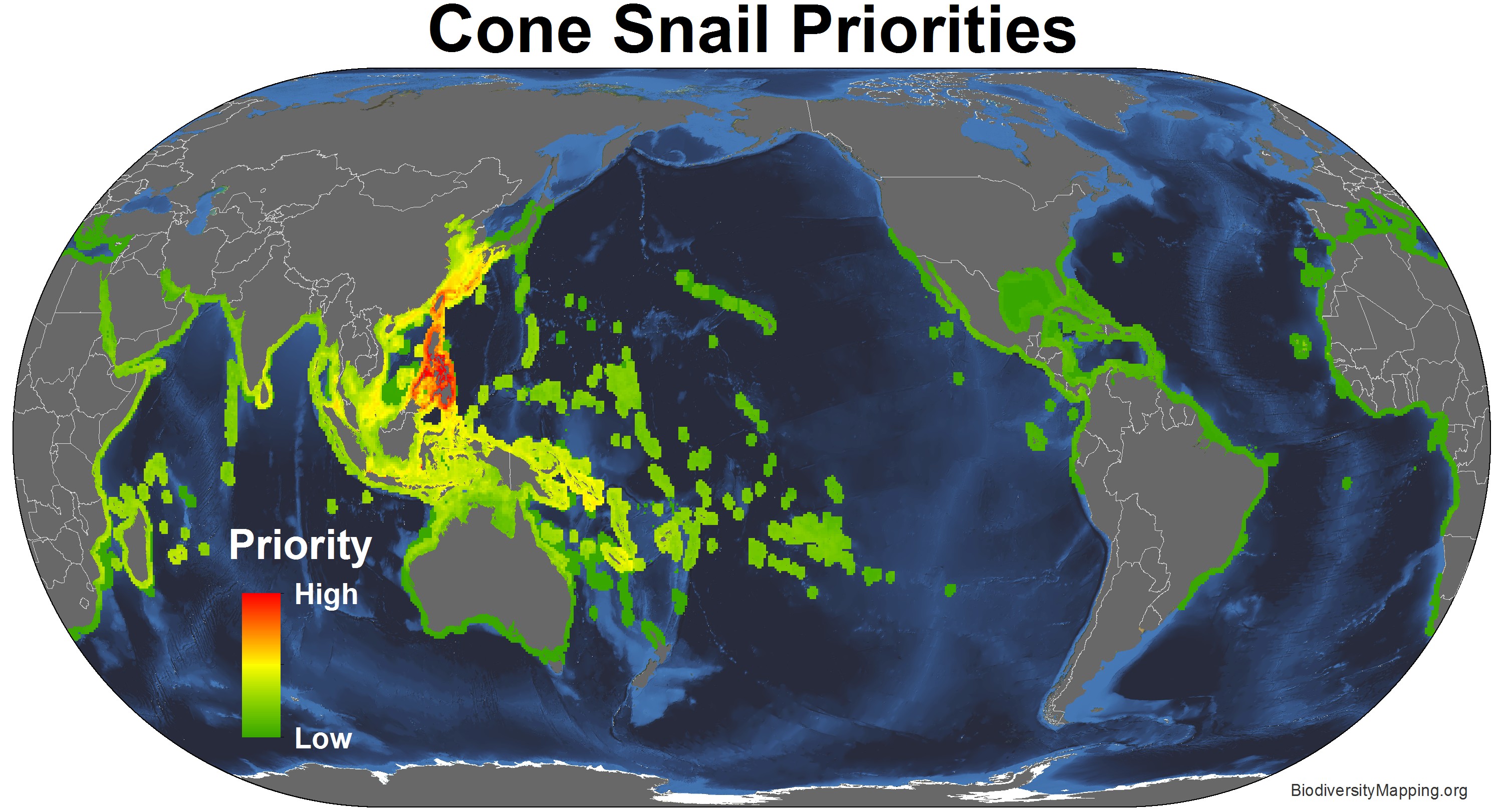 Maps of cone snail diversity include the total species richness, threatened species, small-ranged species, and species considered to be data-deficient by the IUCN. Also included is a map of priorities for cone snail conservation. Species considered small-ranged are those with a geographic range size smaller than the global median (i.e., the 50% of species with the smallest ranges). Maps are based on data from the IUCN, August 2014 update.

Thanks to Manuel Jimenez Tenorio for the photo of the Conus mordeirae cone snail.