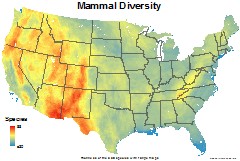 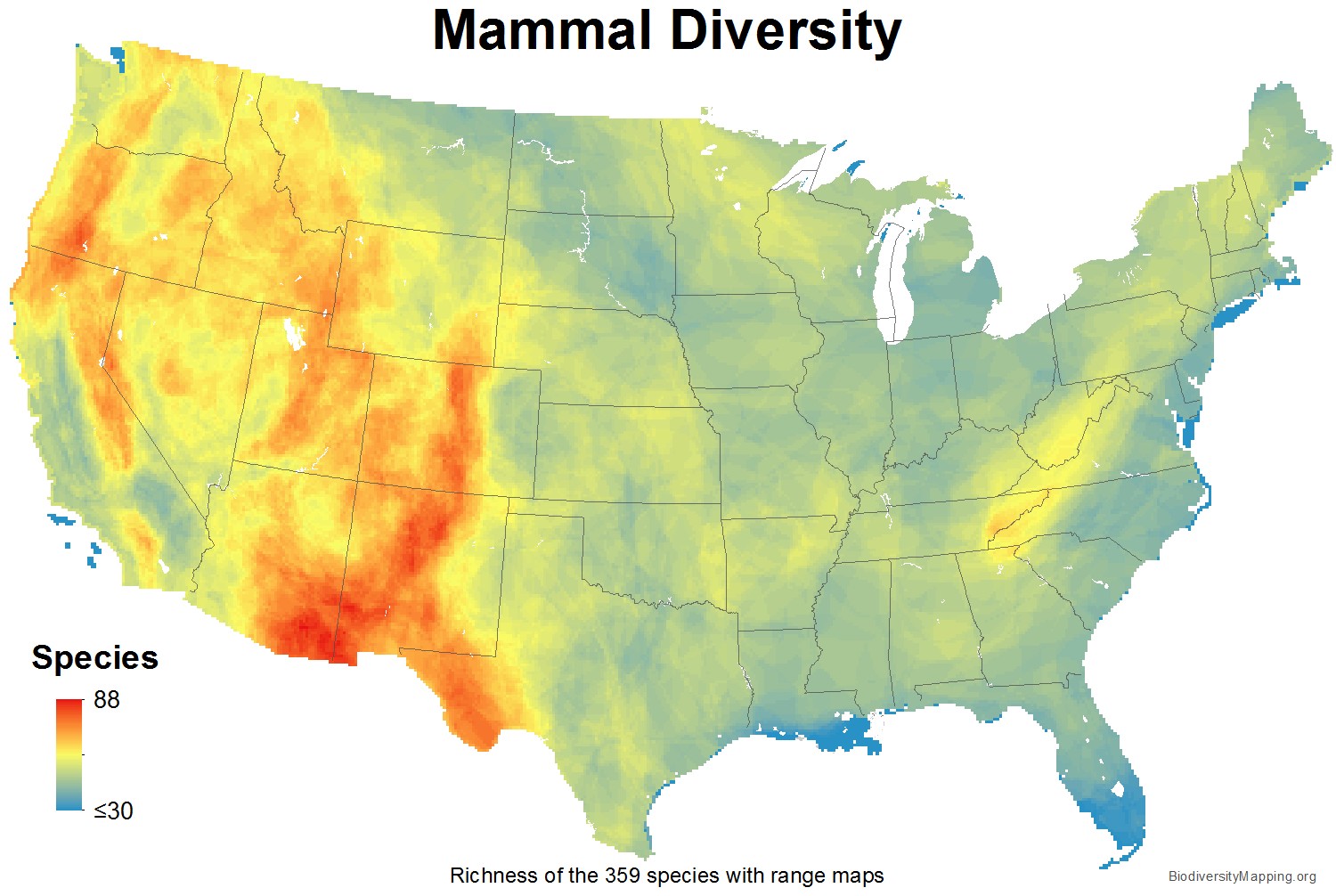 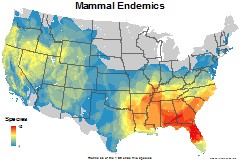 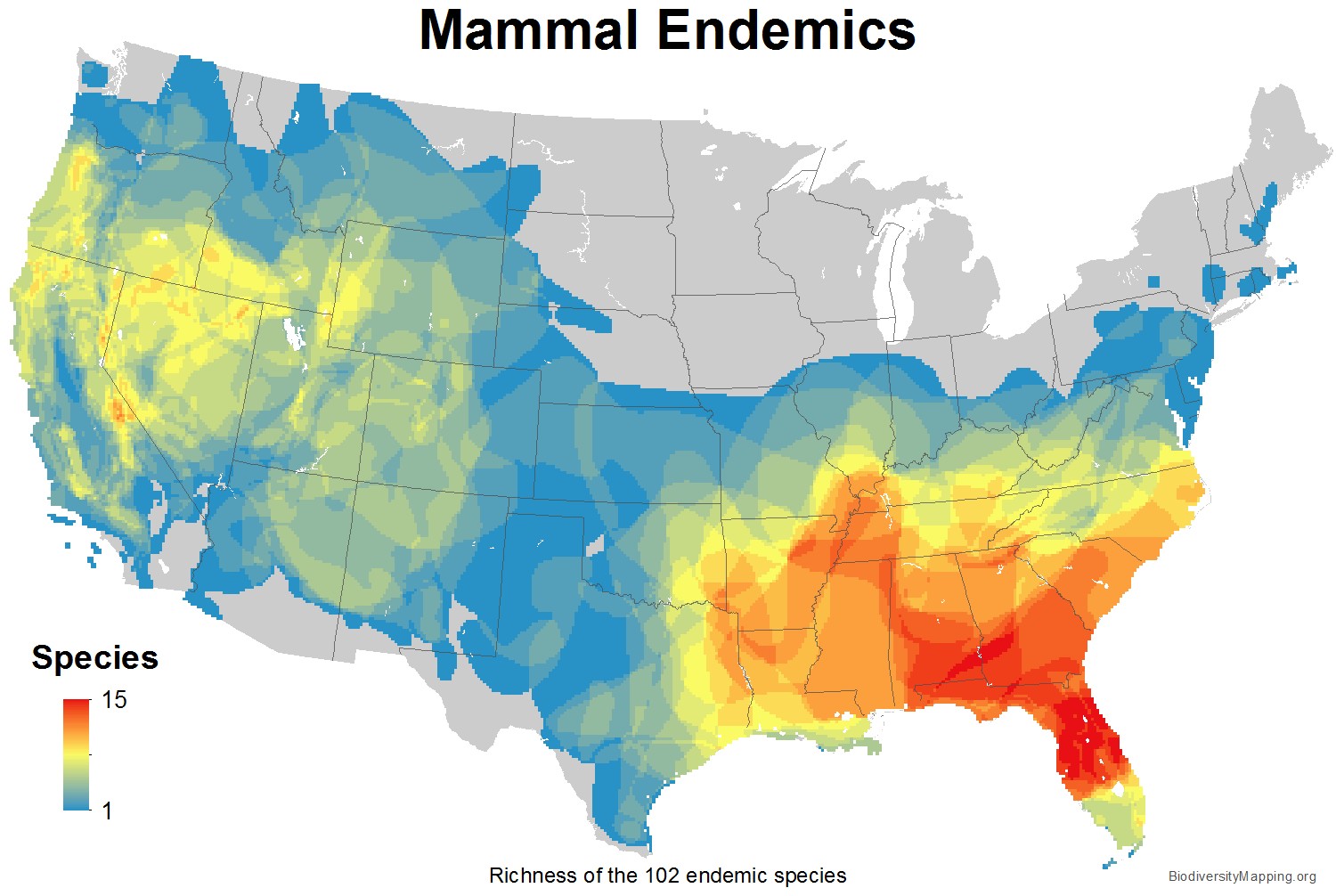 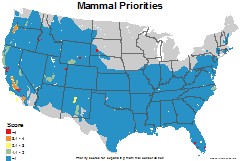 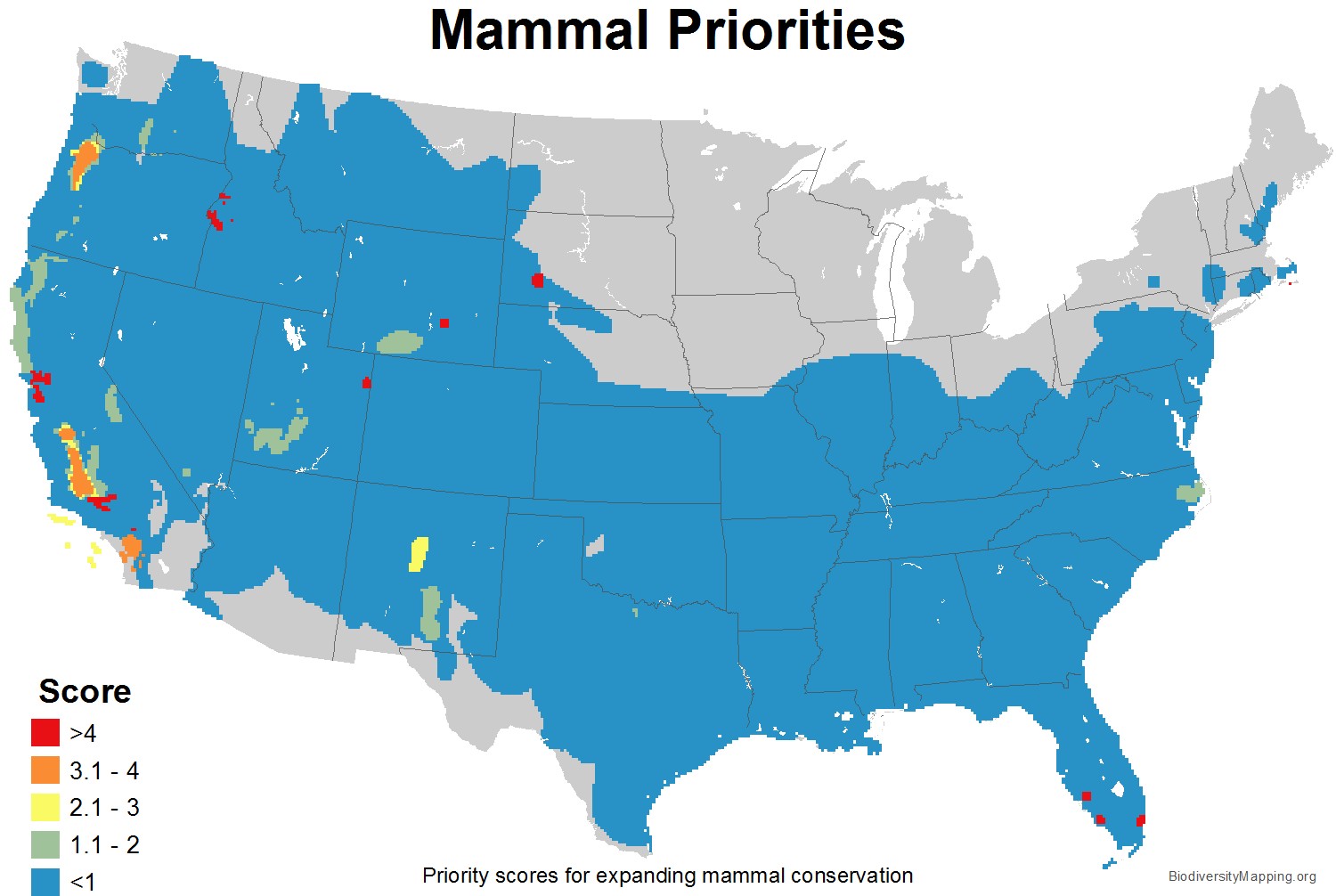 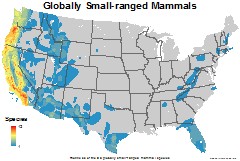 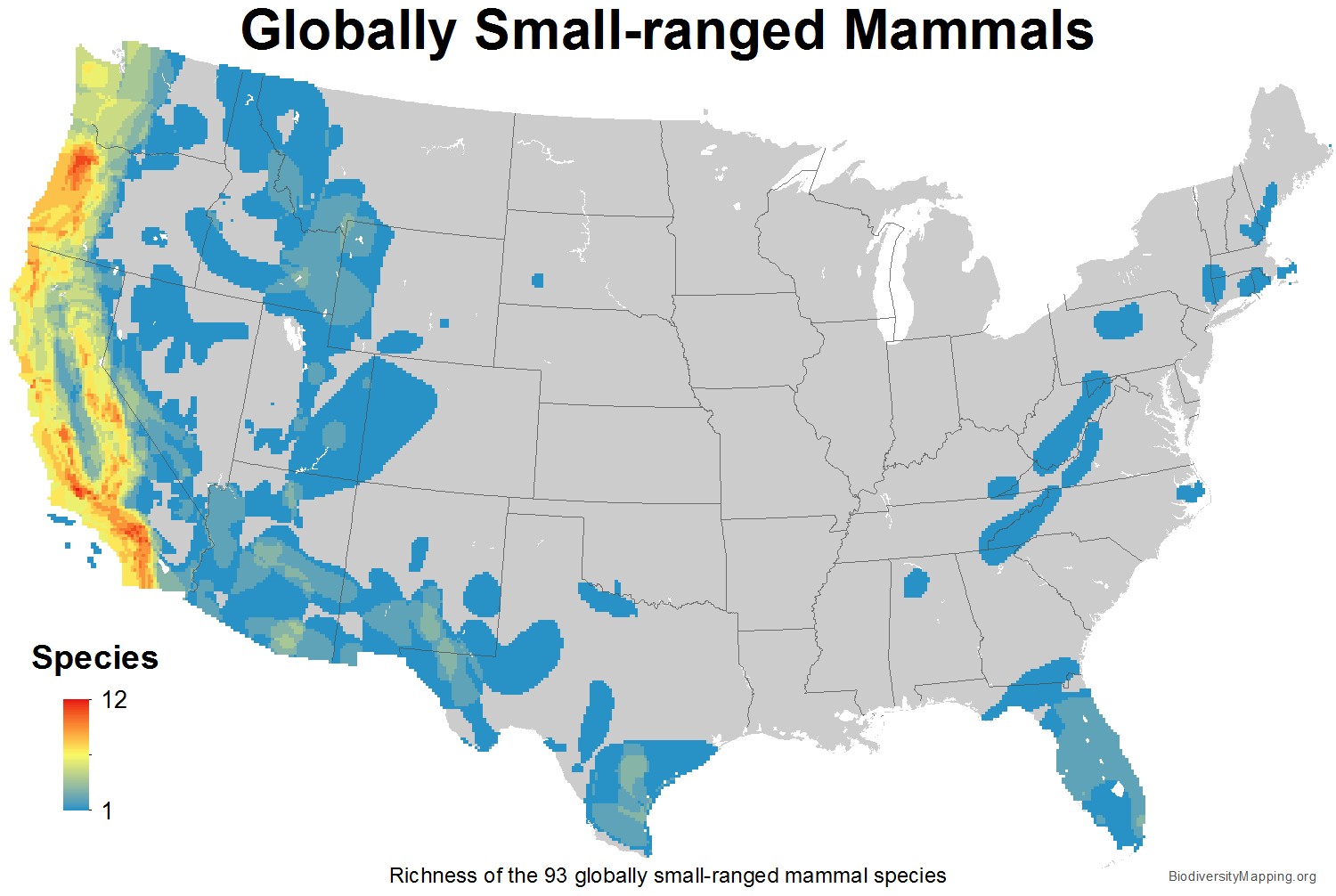 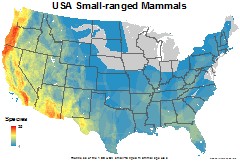 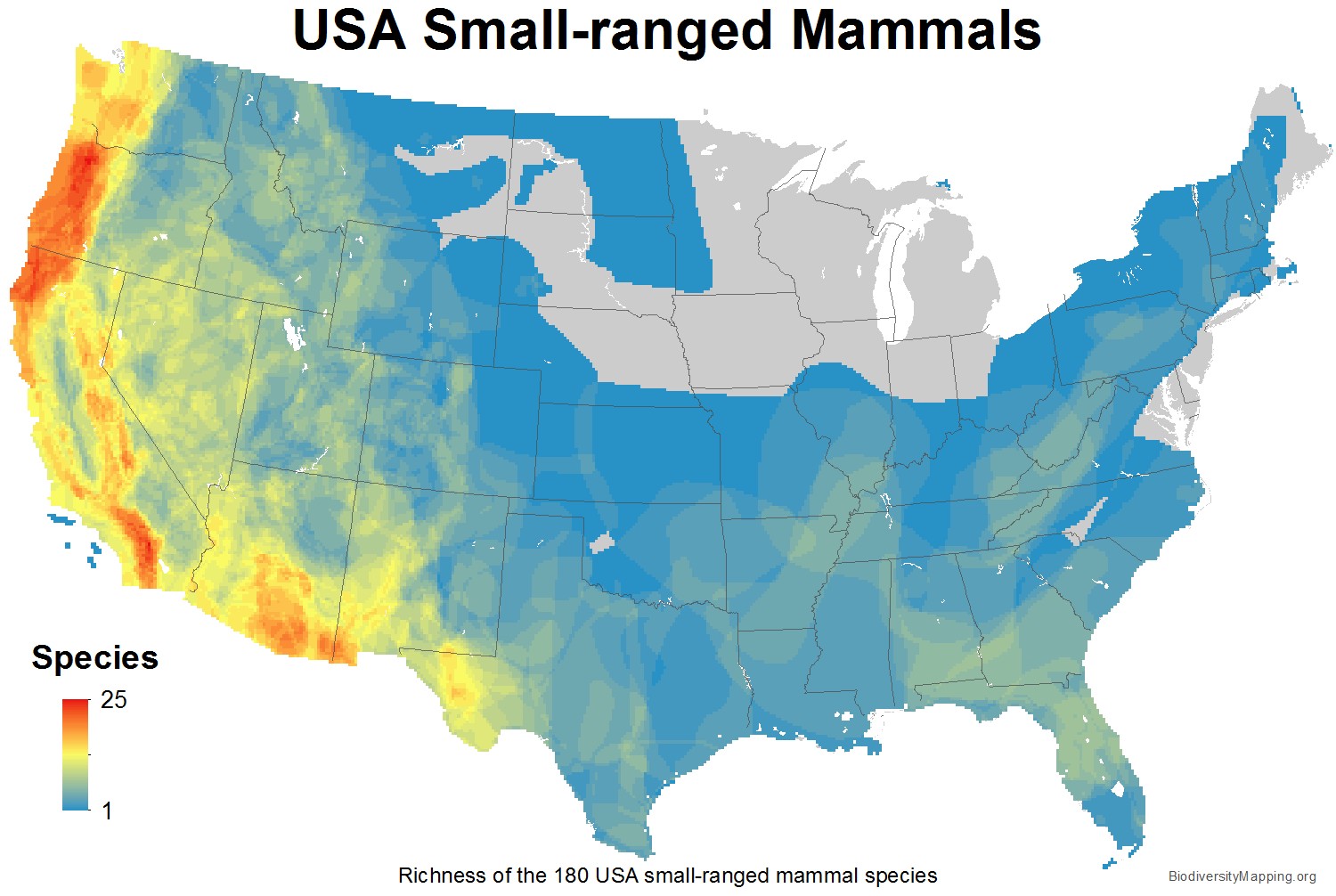 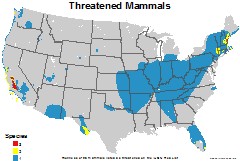 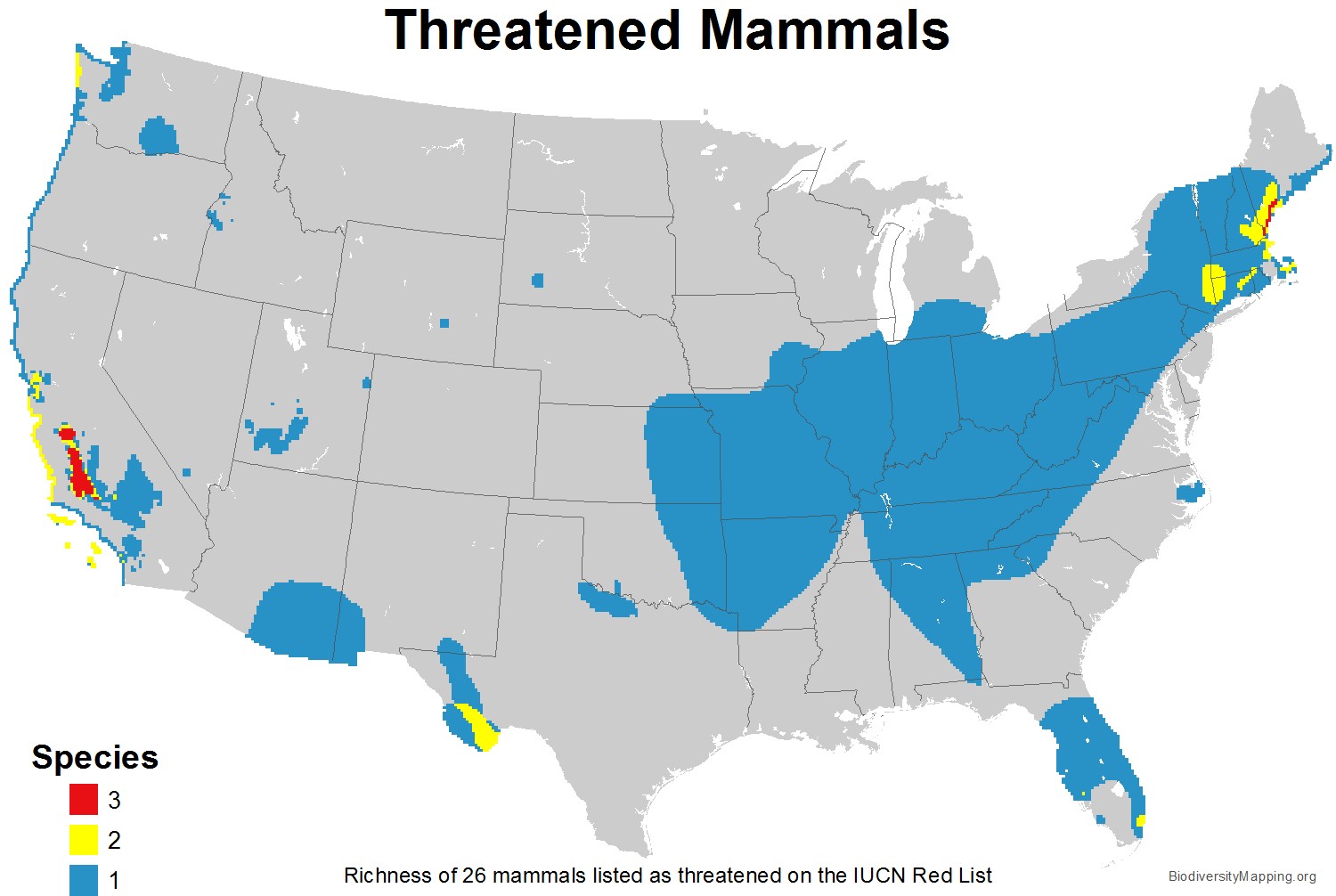 Maps of mammal diversity in the USA include the total species richness, endemic species, threatened species, and small-ranged species. Species considered small-ranged are those with a geographic range size smaller than the median (i.e., the 50% of species with the smallest ranges) either globally or of the species in the lower 48 states. Maps are derived from digital distribution maps from the IUCN, July 2013 update.