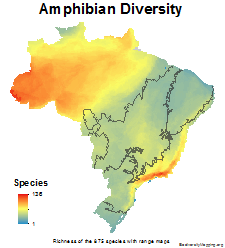 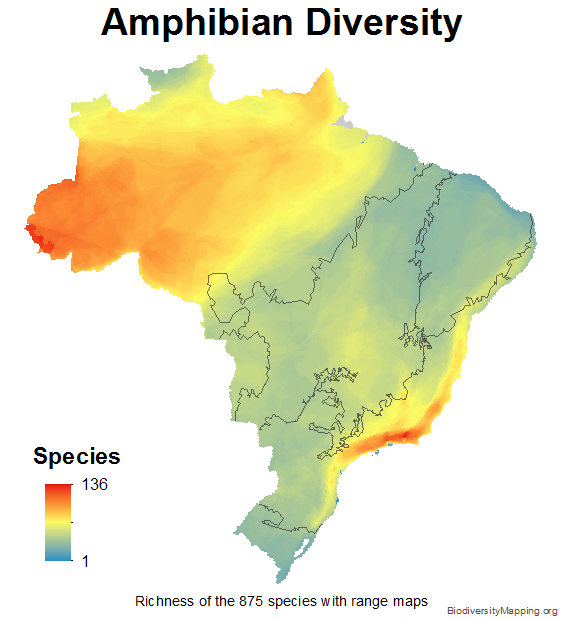 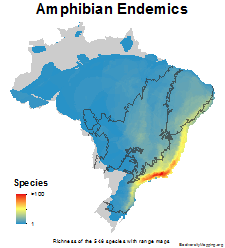 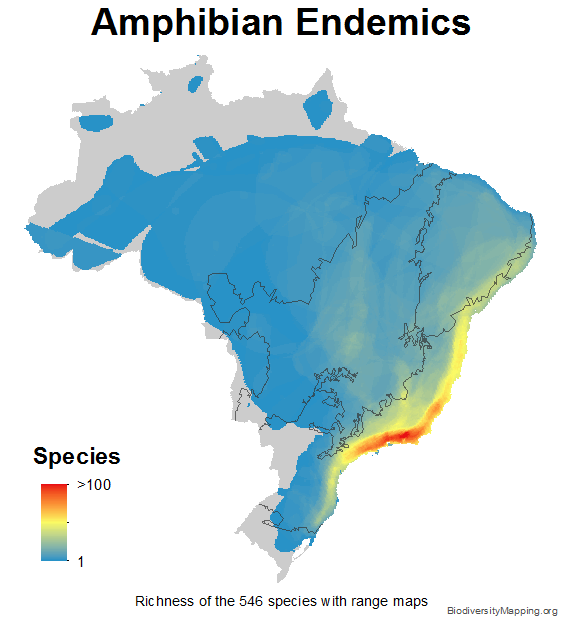 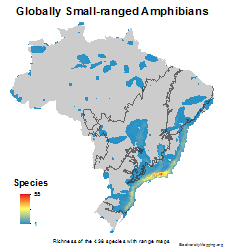 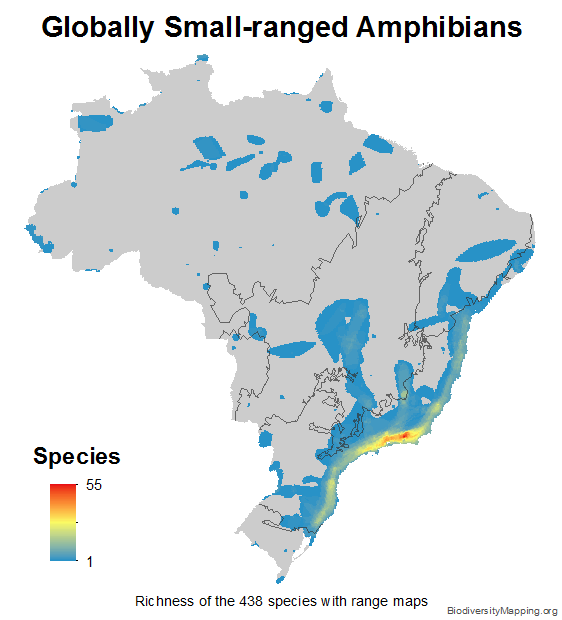 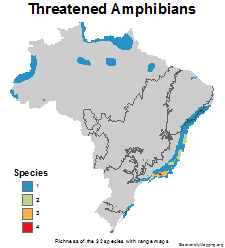 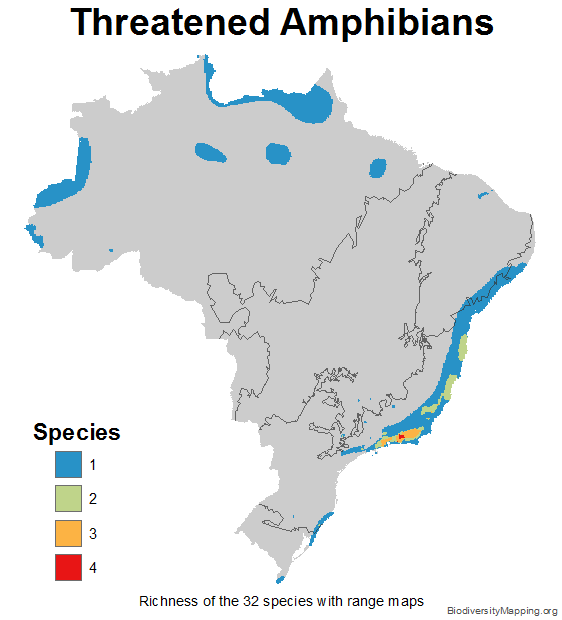 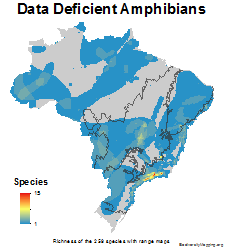 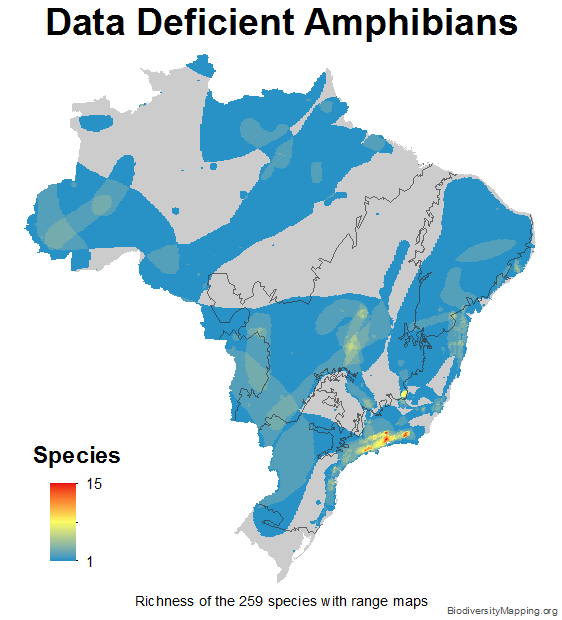 Maps of amphibian diversity include the total species richness, species endemic to Brazil, globally small-ranged species, threatened species, and data deficient species as defined by the IUCN. Species considered small-ranged are those with a geographic range size smaller than the global median (i.e., the 50% of species with the smallest ranges). Maps are based on data from the IUCN, August 2014 update.

All maps were generated at a spatial resolution of 10×10 km and use the Eckert IV equal-area projection. Maps represent native, extant species only. Tables of the species analyzed are available for download here. Biodiversity maps for Brazil were earlier published in the article below.